Living with Post-Concussion Syndrome for 3 months 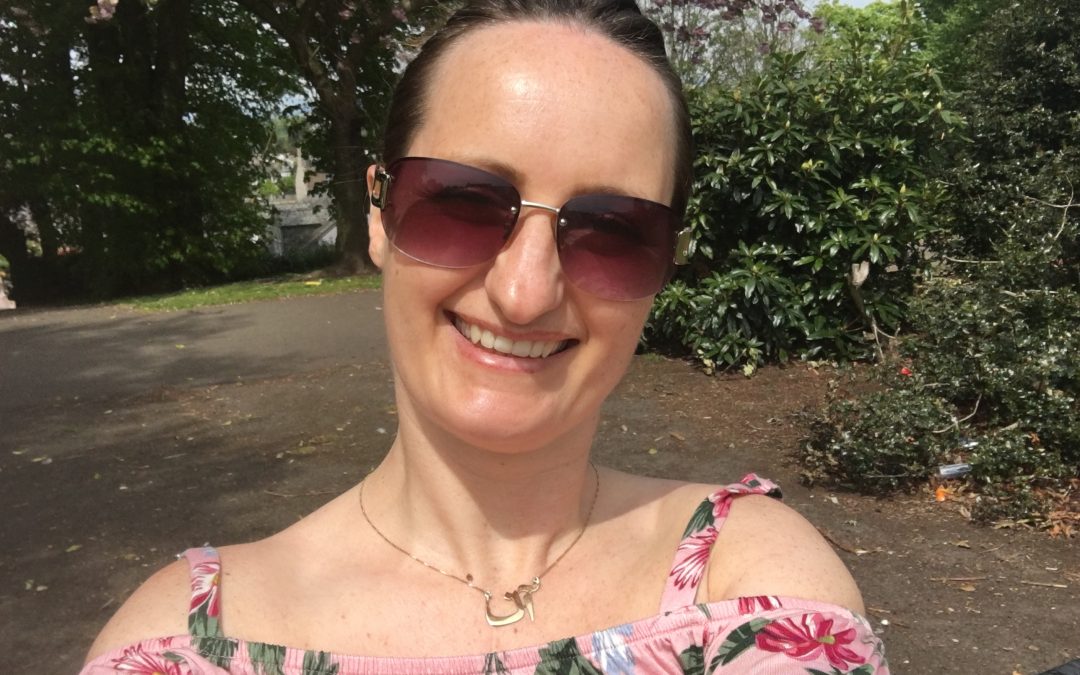 This weekend marks 3 months since I took a tumble in the snow and ended up with a brain injury and I’m not really sure how I feel about that. I’ve been looking back at the videos I’ve shared on YouTube since around a month in and I’m so proud of myself for the improvements I’ve made since the accident but I also know I’ve a long way to go.

Living with post-concussion syndrome is like the suck ass brain injury version of “how long is a piece of string?” and that’s the hardest thing to deal with. I remember when I got my diagnosis 5 days after my accident and my doctor signed me off for 2 weeks. 2 weeks? Fine, I can handle that. A couple of weeks out of my business and I’ll be hunky dory. Until I wasn’t.

Watch my full video update below:

I remember researching concussion and PCS. Most people get over concussion within a couple of days. I discovered that some people will get over the symptoms of PCS in a couple of weeks, for most it’s 3-6 months, for some people it can be a year or more and for the really unlucky ones you could be living with it for the rest of your life.

Right at that moment I decided there was no way this was taking over my life for longer than 2 weeks. I was physically fit and mentally thought I was strong. I hiked mountains, I went to spin class 3 times a week, I played badminton. I’ve got this.

But this brain injury doesn’t discriminate, it’s not kind and it doesn’t matter how mentally and physically strong you think you are. It’s the boss. It started off by robbing me of my personality. I felt like I didn’t know who I was anymore. I felt like some alien force had taken over my brain and my body and I do still feel like that a lot now, but it does get better.

For sure I never thought for one moment that I’d still be recovering 3 months later but it is what it is and I’ve learnt over time to accept that it’s a slow journey of forwards and backwards steps.

Progress after 3 months of living with post-concussion syndrome

I want to take the time now to celebrate the improvements I’ve made in my journey because I think it’s important to recognise that while there are a lot of days where I feel like I’m not making progress, the big wins just don’t happen overnight. I’ve learnt to live in the moment and not to constantly look for improvements every day but to see how I am week on week.

Speech and understanding others

One of the biggest improvements I’ve made is with my speech and understanding others. On the day of my diagnosis I could barely string a sentence together and nothing that came out of my mouth made sense. I couldn’t understand what people were saying, either verbally or by text. I’d have to ask constantly for people to rephrase things, talk slowly and ask shorter questions. My speech was so slow. I had literally no emotion in my voice whatsoever. And most of the time when people did text I’d hand my phone over to JP and ask what they meant. I couldn’t understand when people were joking either.

Now I can hold conversation so yay for that! I still get words jumbled up a lot and when fatigue hits or I’m in situations where there’s several people around me I often won’t be able to get words out of my mouth so I remove myself from that environment. I can talk a lot faster now (although a lot of it is garbage because I have no filter haha) and I know that when my speech is slow I need to rest. I do find things funny but still have struggles picking up when people are making jokes. I look for the literal meaning in everything so a lot of phrases don’t make sense to me. But I’m learning.

For the first couple of months I had stinking headaches every single day that would start as soon as I woke up and would be there with me until I went to bed.

I still get headaches every day now but they’re not as crippling and most of the time hit when my brain is telling me to rest or that I’m overdoing something. It could be when I’m reading a book or doing Sudoku. Basically anything that requires me to concentrate. Or it could just be a random thing like walking into a supermarket, my brain hears too much noise or sees too much light and it’s game over. Overall it’s definitely improving.

I used to be able to do advanced level Sudoku so when I discovered I think at 4 weeks in I couldn’t grasp the easy ones I was devastated. I felt so stupid. I really felt like I’d been hit by the dumb stick. I understood the theory but when it came to working it out I’d just stare at the page and get nothing. Not one to give up I went away and tried different ways of training my brain like word searches and kept going back to it. 6 weeks later I finished that damn Sudoku.

Now the easy ones I still at times find challenging. It really depends how my brain is in the moment but I do get through them quicker now.

My biggest challenges at 3 months of living with PCS

Ok, so I don’t want to be all doom and gloom and I won’t share with you everything that I struggle with. But this is my reality and I know my brain still has work to do so here’s my biggest challenges right now.

On the flat I can walk ok-ish but throw in a slight incline or fatigue and my legs don’t really want to work. I think it’s to do with the balance and coordination that are way off. A lot of the time I walk like I’m drunk and I’ve started using a walking pole to stop me falling over and hitting my head again. Cos that’s the last thing I need in my life right now!

The more fatigued I am the worse it gets and if there’s too much sensory overload it’s very difficult for my brain to concentrate on walking. I have to pay attention a lot to where I’m going and I can’t look around me while I’m walking or I’ll stumble. The other day in the park I was trying to walk home as a headache and fatigue kicked in. A tractor was cutting the grass and between the noise, the bright light and the smell of the grass it was all too much, even with my sunglasses, earplugs and headphones. I had to wait until the tractor was over the other side of the park to carry on walking.

I also have pain in my legs that developed a few weeks ago. It’s like having toothache in my bones.

I’m still very sensitive to noise. I wear earplugs whenever I go out to help drown out noise or when I know I’ll be with a group of people. I often do this at home too as I can’t watch TV at a normal volume. It’s turned down to 10 when it used to be on 25 so I sometimes wear earplugs when I’m watching TV with JP so he doesn’t have to strain to hear it.

If my senses become overloaded with noise, smells or light my brain doesn’t like it and I can’t think, I get headaches and my body literally slows down everything. Speech, movement, thinking. It all goes. So I use my coping strategies and will sometimes just leave a room because I can’t handle it.

There are some days where I feel it’s getting better then bam, it’s back to square one!

Between leaving the fridge door open, the oven on and taps running I’m basically an accident waiting to happen. When I’m trying to do even basic tasks around the flat it can be frustrating but I choose to see the funny side. The amount of times I’ve went to get my phone or iPad thinking it should be charged to discover I haven’t even turned the charger on. I think my brain thinks it’s enough just to plug it in. It’s a daily occurence. And that’s after taking 5 attempts to actually plug the charger in because my coordination is bad.

I have no recollection of the accident and the time between there and the hospital is patchy. My memory is getting better but the short term stuff trips me up. Like the other day I was putting away the dishes, I couldn’t understand why a mug was on top of the plates because it doesn’t belong there. It was me but I didn’t realise I’d done it. I’ll find things in the flat in places I don’t expect to find them and I don’t know why they’re there. And it’s not JP that’s moved them. It’s me. And then there’s that feeling of why have I walked into a room? I get that 20 times a day!

People have told me I’ve had conversations with them since the accident that I’ve no memory of at all which can be confusing and upsetting but it is what it is.

How long will my PCS recovery take?

Oh, I’d love to have a crystal ball for this one! There’s so much I want to do with my life but for now I’m living in the slow lane and I’m ok with that. It will take as long as it takes.

At the moment I’m waiting to be seen by Neurosurgery. Don’t worry, it’s not for an operation. They deal with head trauma so I’m hopeful that once I get assessed by a specialist I’ll start to get physiotherapy to help with my walking and some of my other symptoms.

My message to my warriors

If you’re living with PCS, especially in the early stages, you should know that right back at the start if someone told me that I’d still be recovering 3 months later I wouldn’t have believed it. I would have been much kinder to myself in the beginning. I think I put a lot of pressure on myself to get better by a certain date and I’ve learnt that it will happen in its own time. There are lots of therapies you can do to help you on your way but ultimately I want you to be kind to yourself.

I know how incredibly scary life can be when you have post-concussion syndrome but I don’t want you to feel alone. I’ve got your back and if you need to chat any time, please get in touch. You’ll also find me sharing my journey daily on Instagram and on Twitter so feel free to connect and say Hi!

And remember, you’re not broken, you’re finding your sparkle so do something every day that makes you happy!

Feast your eyeballs on my fresh journals and tips for living with a brain injury hitting your inbox as soon as they're released.

I promise I won't spam you cos that's not the way I roll.

I appreciate you signing up! Please check your emails for an email from me and confirm you're an actual human